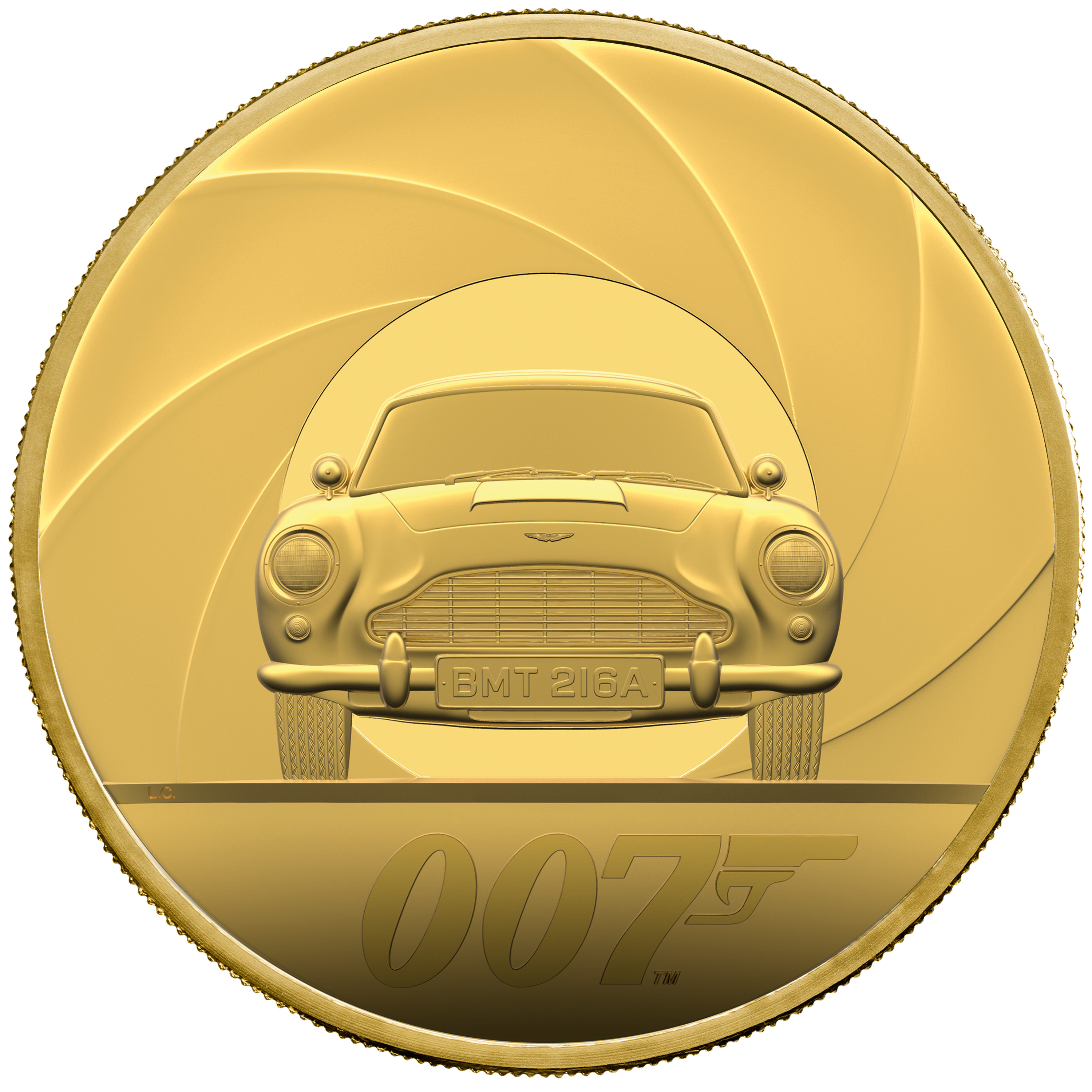 The Royal Mint has announced the launch of its James Bond commemorative coin and gold bar collection ahead of the release of the 25th James Bond film, No Time To Die. The collection includes a number of Royal Mint firsts – a 7 kilo gold coin, which is the largest coin with the highest face value (£7,000)ever to be produced in the Mint’s 1,100-year history and the world’s first James Bond bar in gold and silver, featuring all of the 25 official James Bond film titles.

Just one 7 kilo gold coin will be created and it has been designed by Royal Mint designer Laura Clancy, as part of the James Bond Special Issue range, which also includes 2-kilo gold, 1-kilo gold and 5oz gold and silver coins. Laura has placed the Aston Martin DB5 centre stage, with its famous BMT 216A number plate surrounded by the rifled gun barrel of the opening sequence of most (maybe all?) Bond films.

As well as the larger coins, the Bond collection also features three additional coin designs which when placed together reveal the famous 007 motif.

The first coin from the series also features the Aston Martin DB5 whilst the two remaining coins show the famous submarine Lotus that appeared in The Spy Who Loved Me and James Bond’s iconic jacket and bow tie.

The three coins are available in several editions, from a Brilliant Uncirculated version to precious metal coins in silver and gold proof. Furthermore, the Inspired Innovation editions include micro-text of the twenty-five film titles which require a magnifying glass to read.

The Royal Mint Experience, based in South Wales, is also launching a new exhibition called ‘Currency Undercover’ which tells the story of how gold, sovereigns and currency from around the globe have been used in undercover operations throughout history. The exhibition also features rarely seen objects including a briefcase to transport Sovereigns in the 1963 James Bond film ‘From Russia With Love’.