Following on from the success of the first Gruffalo coin launched earlier this year, and to coincide with the 20th anniversary of Julia Donaldson's enduring children's classic, the Royal Mint is launching a second Gruffalo 50p coin, this time featuring the lovable beast meeting Mouse in the forest for the first time.

The coin is available in both precious metal and BU finishes but, like the first in the series, will not be going into general circulation. 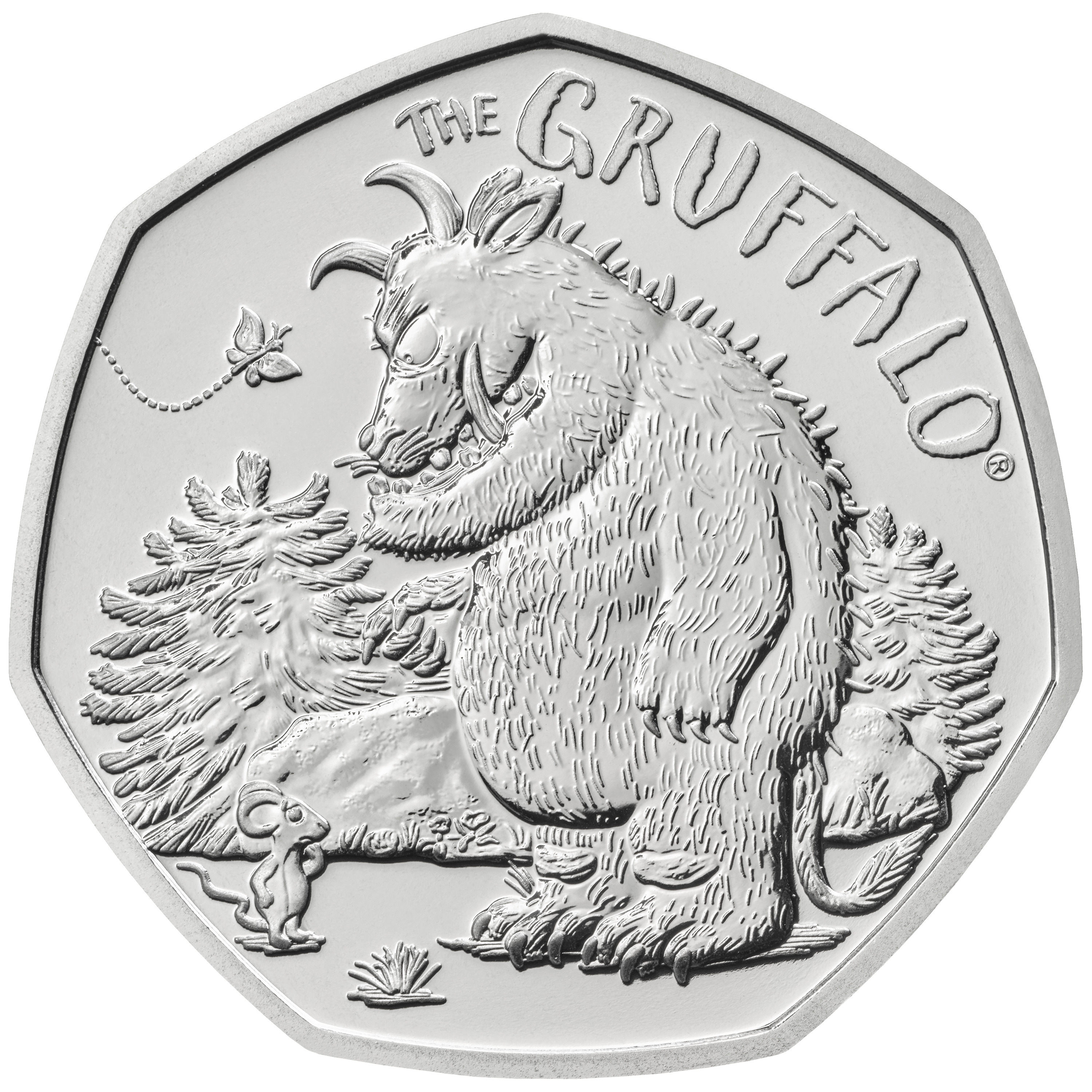