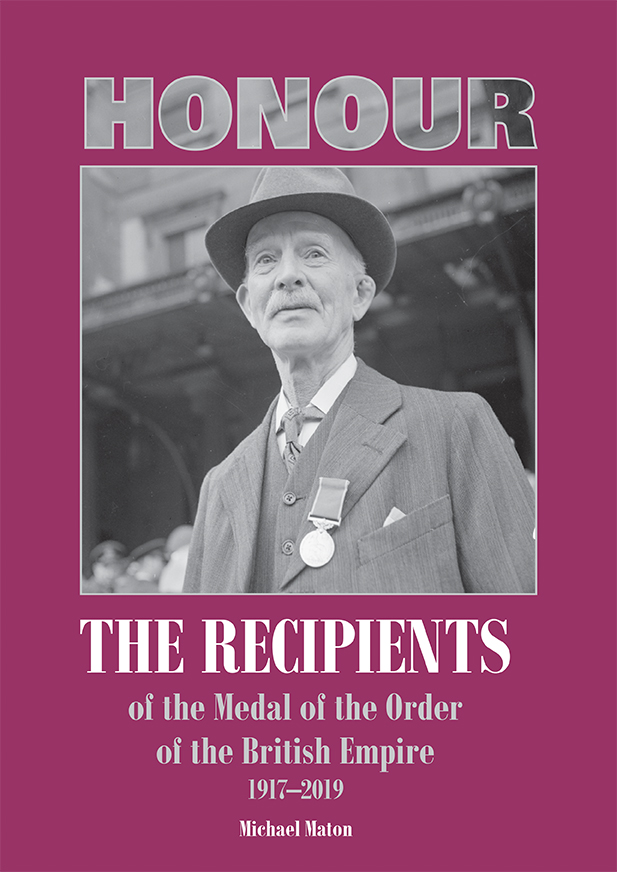 As many of you will know Michael Maton, author of the acclaimed "Honour" series of books that we have had the privilege to publish over the last decade and a half, passed away in April. The very last in the series, Honour the Recipients of the medal of the Order of the British Empire was published posthumously on May 5 and is available now.

A whopping 728 pages covering (in alphabetical order) every single Gazetted recipient of the Medal of Order of the British Empire and its successors (Empire Gallantry Medal and British Empire Medal) from its inception in 1917 right up to and including the New Year's Honours List of 2019. The listings (67,830 names in total) include the recipient's name , their rank or title, their service number where applicable, the branch of service/unit they were serving with (or similar) the type of award (Military, Civil, gallantry etc) the conflict or reason for the award and, of course, the all-important Gazette date and page reference for future research. This book is an essential work for any medal collector - order your copy from our shop today!  ISBN: 978-1-908828-45-3